Measures to support and maintain open, tolerant and diverse cities have been set out in a letter presented to the EUROCITIES Executive Committee by Core Cities UK.

The letter, endorsed by EUROCITIES and also signed by leaders of some of the UK’s 26 Key Cities, will be sent to Brexit secretary David Davis MP.

The letter sets out how cities can generate economic growth that works for everyone and guarantee a successful transition to new working arrangements that go well beyond the issue of Brexit.

Cllr Judith Blake, chair of Core Cities UK and leader of Leeds City Council, said: “Now is the time to make the case for cities at a time of great political change and turbulence across Europe. National leaders, including those in the UK, must recognise cities’ role as engines of economic growth and aids to achieving peace and prosperity for millions of people across Europe.”

Cllr Paul Watson, chair of Key Cities and leader of Sunderland City Council, added: “We believe that cross-border relationships between cities will be key over the coming years. National leaders need to take firm action now to make sure these relationships flourish and that all Europe’s cities fulfil their vast potential.”

Core Cities UK Cabinet has welcomed an open letter to the European Council, Commission and Parliament and the leaders of each nation, calling on them to work more closely with cities to create a stronger and more inclusive economy across continental borders.

The letter was launched today at a gathering of EUROCITIES, a network of 187 major cities across Europe, including most of the Core Cities.

Leader of Leeds City Council and Chair of Core Cities UK, Cllr Judith Blake spoke at the event, co-signing the letter which sets out a powerful agenda for renewing a sense of engaged citizenship and restoring confidence in democracy.

The letter states this can only be achieved by giving local people more of a say in what happens where they live, through local as well as national institutions.

The letter also urges decision makers across Europe to work in partnership with cities to ensure a positive future for their citizens and their economies across Europe’s borders. It also invites them to a summit of mayors and city leaders due to be held in Brussels in March next year.

Article23 Jan 2017Core Cities Joins Forces with European Cities In Call for ChangeCore Cities UK Cabinet has welcomed an open letter to the European Council, Commission and Parliament and th…> 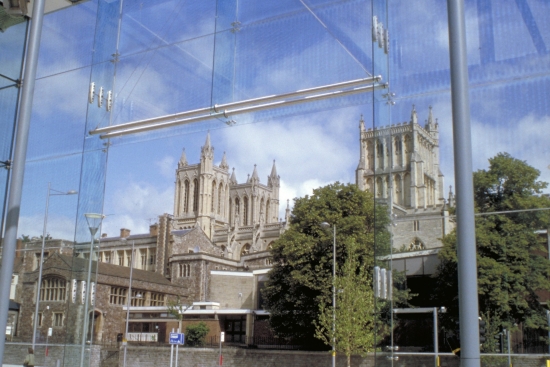 The EUROCITIES letter  >
Back to top