Culture is vital to the future of Cities

Culture is vital to the future of cities.

The need to bond through culture and build social capital was key to the origin of cities, and  a big reason why, in a digital age when many of us could just log-on and work from a village, more people than ever want to live in cities.

Culture is economically important but it also underpins society - creating a foundation for tolerance, openness and diversity. These are values shared by highly mobile and skilled knowledge workers, and by our communities, contributing to local economic and social resilience.

Culture helps cities build a shared sense of identity, finding common ground between different views of the world and harnessing their contribution toward shared goals.

Glasgow’s European City of Culture programme in 1990 was a turning point for that city, as it was for Liverpool in 2008. My own city of Cardiff came together as one recently as a Rugby World Cup venue, showcasing the city to thousands of visitors and millions of viewers around the world.

These examples explain why Leeds is bidding to be European Capital of Culture in 2023, Manchester is committing to the Factory, a new international culture venue, and Birmingham has fought to deliver its iconic Library despite funding pressures.

But in the same way that successive Governments haven’t yet provided the tools to realise cities’ economic potential, they haven’t fully unlocked their cultural potential either.

Given the right tools and policy levers, our cities could add a lot more to the UK’s formidable reputation as a creative powerhouse.

We can learn from international examples. The Basque city of Bilbao secured a coup by attracting the Guggenheim Museum and was able to do it because its city government had freedoms, for example on local spending and tax retention to attract inward investment, that our cities can only dream of.

There is no reason why a similar idea couldn’t work in the UK, allowing our great galleries and museums to expand and our cities to attract even more world-class culture.

This isn’t to say that cities aren’t doing the best with the freedoms they currently have. Newcastle recently helped Live Theatre build a new headquarters by offering a loan at preferential rates, Bristol struck a new kind of deal with funding agencies, whilst Nottingham and Sheffield both invested in Creative Industries Quarters, stimulating the local economy.

But we are a long way from where we need to be or could achieve.

These are issues we will discuss with Arts Council England’s new chair Sir Nicholas Serota once he starts his new role in February and we’ll also meet with the equivalent bodies in Scotland and Wales.

Together, we must find a different approach, which includes greater devolution. Otherwise our cities risk being left behind in an increasingly competitive race, where a strong local cultural offer is of global significance.

Our arguments aren’t all about devolution, but we think it is a big part of the solution.

Core City leaders want to look forward to a future where our cities have harnessed their cultural asset bases to drive more productive, inclusive growth for the UK, whilst forging stronger, more resilient local communities. 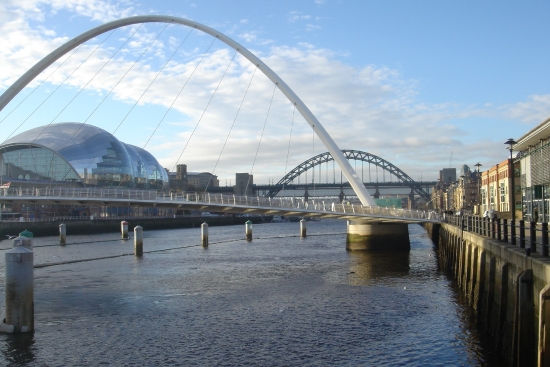