Future local government funding should recognize and support cities as the drivers of the UK economy, according to the leaders and mayors of the ten UK Core Cities.

On the eve of the Chancellor’s Spring Statement, Core Cities UK's response to the Government's Fair Funding Review calls for ‘spending’ on public services – a term that always implies a cost - to be redefined as ‘investment’, in the future of local people and the places where they live.

This shift should also recognise the role of services like skills and employment in raising local economic productivity.

The submission adds that although Core Cities and their urban areas deliver 25% of the UK economy, they also have higher spending pressures because of large concentrations of urban poverty and rapidly ageing populations.

Giving the Core Cities a small amount of fiscal and functional freedom could boost the UK economy by between £70m and £90m every year.

And as well as fair funding, local authorities need adequate funding. A recent National Audit Office report said funding to councils had reduced by half since 2011 and that many are struggling to cope as a result.

“Bringing people out of deprivation, creating more and better jobs, and improving living standards are critical functions of quality public services. To achieve that we must aim for ‘Inclusive Growth’, helping more people to contribute to and share in prosperity, investing to save public money and improve the lives of our 20 million residents.

"My own city of Nottingham has seen central government support reduced by £91m since 2010. Ultimately, we need more local control of the taxes raised in cities to spend on local priorities, moving away from depending on complex and unfair central government spending formulas. This works in virtually every other country in the world and it can work in the UK too.

"Our submission sets out how cities can be adequately resourced, unlocking their potential to transform our economy. What we must avoid at all costs is compromising the economic contribution of our cities because all the available finance is spent on urgent priorites like Children’s and Adult Social Care.

“That doesn’t mean spending less on care – although long term we think the amount can be reduced by rewiring the system and joining up with Health – but providing adequate funding to match what local people expect and deserve. We also argue that it is not ‘either or’ in terms of cities and other places, but the evidence is clear that cities are the biggest economic contributors, and also the location of the greatest concentrations of deprivation.”

In its submission, Core Cities UK also argues that growth and productivity gains in cities should be incentivised, arguing that prevention and improved service outcomes should be at the heart of any new system.

And it states that a fairer deal for cities is needed, adding that factors including student numbers, deprivation and pollution – should be recognised by Government when it draws up spending formulas. 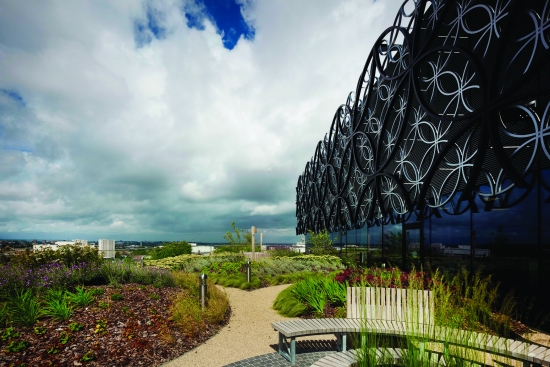