Back to top
Bristol

From Brunel to Banksy, Bristol has a long esteemed history of thinking differently and achieving great things. Where else can you witness Europe’s biggest collection of balloons ascending from the heart of the city, purchase your gas and electricity from a local energy company that gives back to the local community, or marvel as tomorrow’s technology is invented and tested on an experimental network linked to one of the world’s fastest super-computers?

Bristol is consistently rated as one of the best places to live and visit in the UK. With its wealth of culture, dynamic food scene, festivals and events, together with its attractiveness, friendliness and accessibility, it has a visitor economy in excess of  £1.3bn supporting both leisure and business tourism.

Bristol also has a strong and growing reputation for sustainability and the UK’s first ever European Green Capital in 2015. The City and region has significant strengths in its creative, film and digital industries, aerospace and advanced engineering and financial and professional services sectors.

48% of working age residents qualified to at least degree level in 2015 and Bristol remains the most productive (£28.8 per hr worked in 2014) economy of all the large urban areas in England outside London. Nearly half of its university graduates end up staying in the region.

The city boasts a thriving, supportive start-up culture, including being home to world’s best university-led incubator, SETsquared, (UBI Global, 2016). Its creative and tech specialisms include being home to Aardman Animations, IMDb, the BBC and over 40% of all natural history programming in the world originates in Bristol.

Alongside this is Europe’s largest robotics and autonomous systems incubator; the Bristol Robotics Lab, world-leading silicon chip design and nine out of the 12 largest aerospace companies in the UK.

Most recently, Bristol has become a European City of Sport for 2017 and has also won the UNESCO Learning City Award 2017. Bristol Learning City brings together over 70 local partners to improve social mobility and create and promote learning opportunities for everyone in the city, of all ages and from all communities, in all parts of the city. This aim is to ensure organisations and businesses can stay one step ahead, creating and maintaining a skilled local workforce and improving productivity, encouraging future innovation and creating new jobs.

Like all cities, Bristol has its challenges. The city’s success does not reach everyone and brings some difficult issues, such as a higher cost of living, traffic congestion and an acute shortage of homes. A long-standing social inequality needs resolving and there is a need to create a more inclusive place where everyone has an opportunity to flourish.

However, the city’s collective determination, collaboration and long record of creativity and innovation mean tackling these issues effectively is a realistic goal. A key part of this is a new City Office formed by Mayor Marvin Rees, which brings together over 70 organisations across public, private and third sectors to work together on solutions to city-wide issues.

Among the major infrastructure projects in the city is the development of a new central University of Bristol campus offering a digital-hub and ‘business school of the future’, a 12,000 capacity arena, sub-regional rapid bus and local rail schemes, one of the UK’s fastest growing Enterprise Zones and a target for house-building of 2,000 per year by 2020, 800 of which are affordable homes.

Marvin Rees03 Jan 2017Mayor Marvin ReesMarvin Rees is the elected Mayor of Bristol. Marvin was born and brought up in Bristol by his mother, spe…> 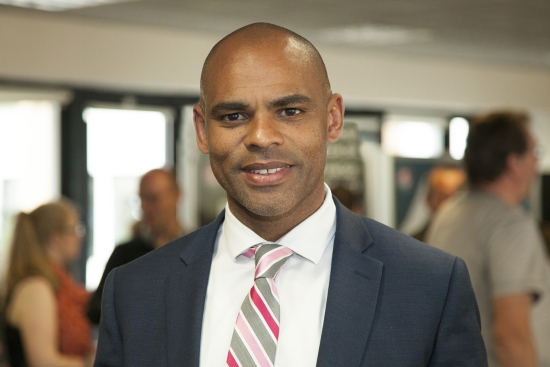